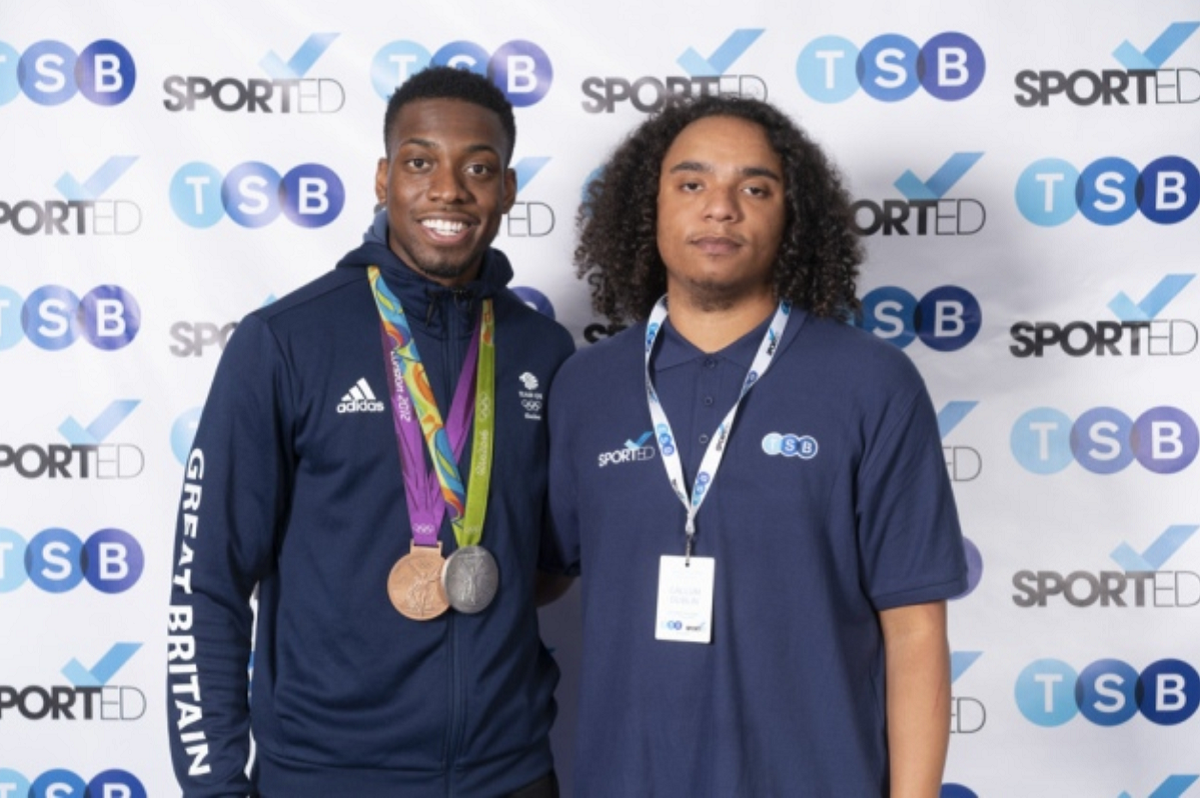 A north London basketball programme that has played a key role in reducing crime rate, obesity and boosting children’s confidence in inner city boroughs has been rewarded nationally.

London Basketball Association’s Callum Dublin, 22, has been recognised for his volunteer work with selection for the new TSB Young Leaders programme, launched at Old Trafford earlier this month. Young Leaders nominated as part of the scheme were joined in Manchester by double Olympic medallist Lutalo Muhammad, who posed for photos and took questions from the eager youngsters.

After completing a degree in film and screen studies at University of Brighton, Dublin joined London Basketball Association as the organisation’s social media, marketing and PR manager, before enrolling himself in the volunteering side. Dublin, from Kilburn, has praised the project and its volunteers in helping children in the capital channel their focus into sport.

“With about 70 per cent of NBA players being black, it helps communities and makes more sense for the places I grew up in.

“For me, what makes it special is that basketball is one of the only sports where a majority of its players are from an ethnic minority,” he said. “That is then reflected in the backgrounds of the people that come to sessions and to classes. It helps those ethnicities directly. “With about 70 per cent of NBA players being black, it helps communities and makes more sense for the places I grew up in. It helps people of all creeds and colours but the ones that are downtrodden have an outlet. In other sports, they may not feel they have an outlet.

London Basketball Association is being supported by TSB in partnership with Sport for Development charity Sported to help them become stronger over time and create even more opportunities for young people across north London.

With the programme supported from TSB in partnership with Sport for Development charity Sported, Dublin will benefit from unique training and development opportunities to support him in his leadership role at LBA in turn helping strengthen the community club and create even more opportunities for young people. The launch of the Young Leaders programme, which saw the youngsters participate in leadership workshops, media training and team building exercises, took place across two days at Manchester United’s iconic Old Trafford home. The programme also rewards and supports the development of the next generation of volunteers, coaches and youth workers. Getting increasingly more involved in the coaching aspect, Callum says he is proud to be making an influence with his community as the initiative continues to gain more recognition.

“The NBA know about it. The Commissioner of the NBA gave LBA a shout-out at the O2 Arena for the London games.

“This programme helps my self-confidence. It’s recognition, I know I’ve done well and people I work with think of me as a leader. I’d like to represent that,” he added. "The programme started with founder Tony Lazare holding sessions in cages and it’s grown from there. The NBA know about it. The Commissioner of the NBA gave LBA a shout-out at the O2 Arena for the London games.”

Muhammad, Olympic silver medallist at Rio 2016, is an ambassador for the scheme, knowing just how important sport is in changing lives.

“Sport has played an integral role in my life,” he said. “I always feel like sport has been a great equaliser. I will tell the Young Leaders just to enjoy the journey. I think that’s the best piece of advice I ever received. Working in sport is very rewarding. So I would say try your best to enjoy the journey and know that it is all worth it in the end. Coaches and club leaders play an invaluable role in growth of sport, especially grassroots sport. I think at a young age, if it wasn’t for a coach believing in me and telling me that I can go all the way, I know for a fact I wouldn’t be here with two Olympic medals. I am very fortunate to be at the top of my sport and it all started because I had someone believe in me.”

TSB, in partnership with Sport for Development charity Sported, is proud to help local community groups across the UK use the power of sport to make a positive difference to young people and the communities they are part of. #TSBLocalPride