Born in Manchester but raised in Birmingham, singer/songwriter Call Me Unique first developed a passion for music at a very early stage during her schooling. After picking up the guitar at 16 years old, she hasn’t looked back since.

“From Ella Fitzgerald to Lisa ‘Left Eye’ Lopes (TLC)” was the singer’s robust response when quizzed on her musical influences. “They are two specific key figures that identify with being an empowered female in music without being under or over sexualised.” 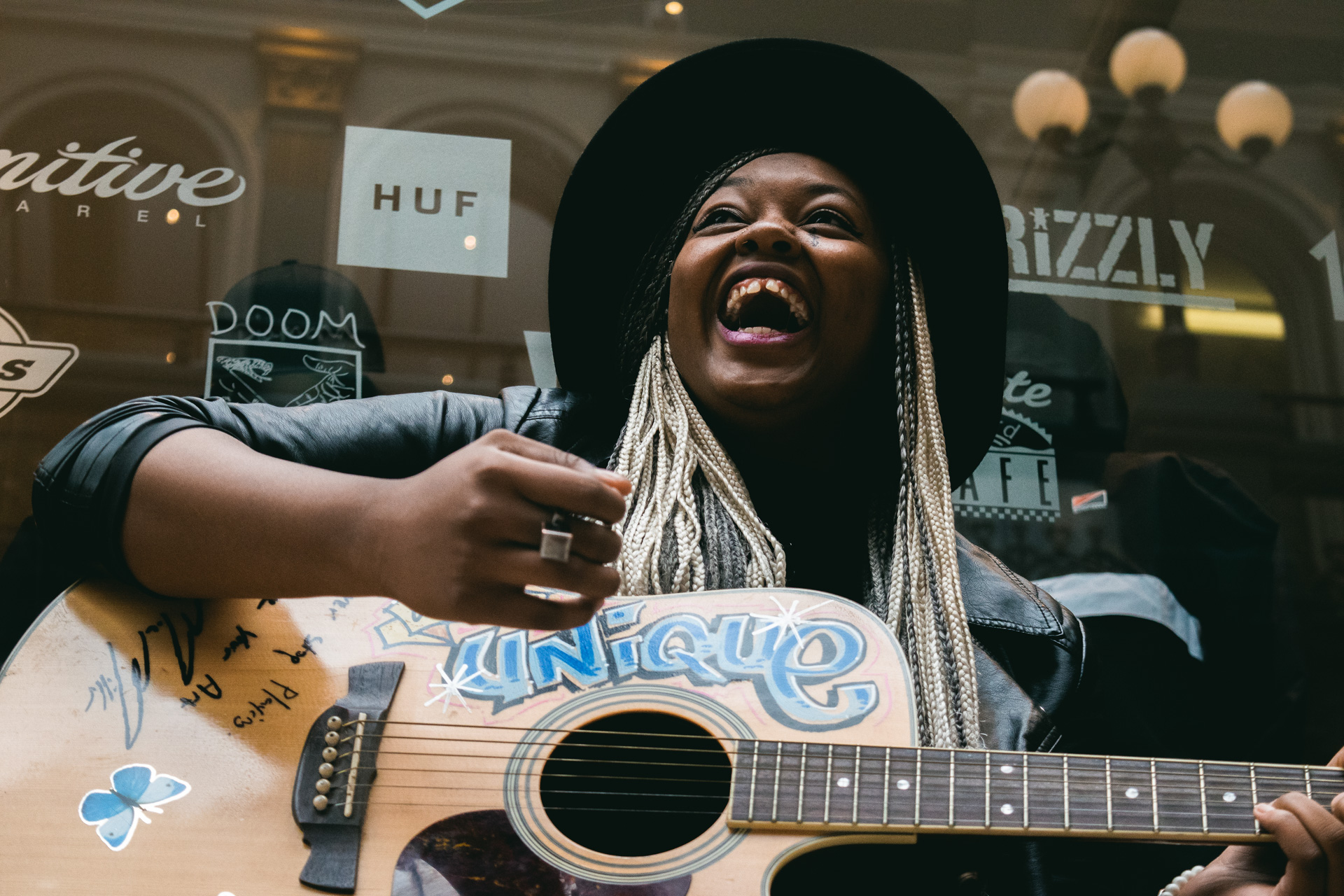 Flipping with her through the old stacks of vinyl in Birmingham’s Swordfish Records – a charming independent record store on Dalton Street – Call Me Unique’s influences are evident. The baggy jeans, the belly tops, the love for 1950s style with the twisted band floppy hat, and of course the infamous music note tattoo under the left eye.

“Before it was a desire to look and sound like my influences, but now I live and breathe them, to a point where I do it by accident. So I don’t think it’s a specific style, I just hope it’s something my mum can be proud of.”

Prior to performing in front of crowds of thousands across Europe and Glastonbury, Unique defined her own style: a combination of acoustic, folky influences with what she described as an ‘aggressive trap infused’ jazz sound in the Birmingham circuit. At the same time as she was playing local venues and competing in music competitions, she was living in a hostel with around 40 other women. It was here that she found the industry had nobody speaking on behalf of those struggling. 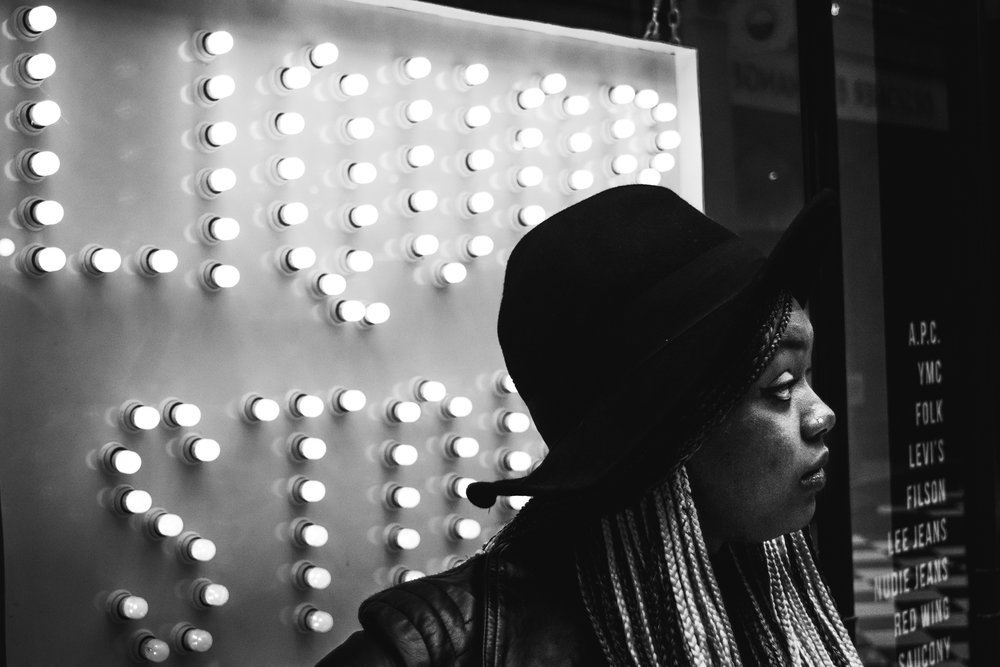 “I feel like it was, therefore, my responsibility to represent the underdogs, the struggling and those in financially, emotionally and personally challenging circumstances.”

“I do consider myself a feminist, the main reason being that I believe there aren’t enough women who are considered to be role models.” 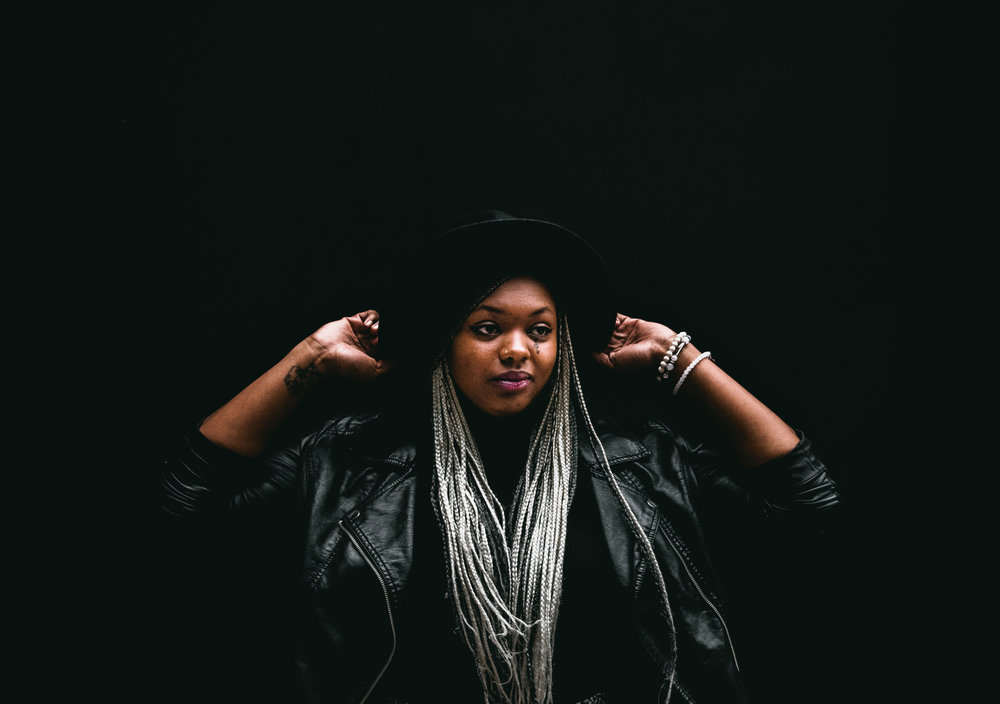 Speaking on the industry as a whole, Unique agreed that its pressures are more prominent than ever.

“The industry pressures you to portray yourself in a certain existing way. Before it was advertised, acknowledged and personified as a role for Marilyn Monroe, she was always seen as graceful, so beautiful and effortless in everything she did. As much as we don’t want to admit it, we all buy into it.” 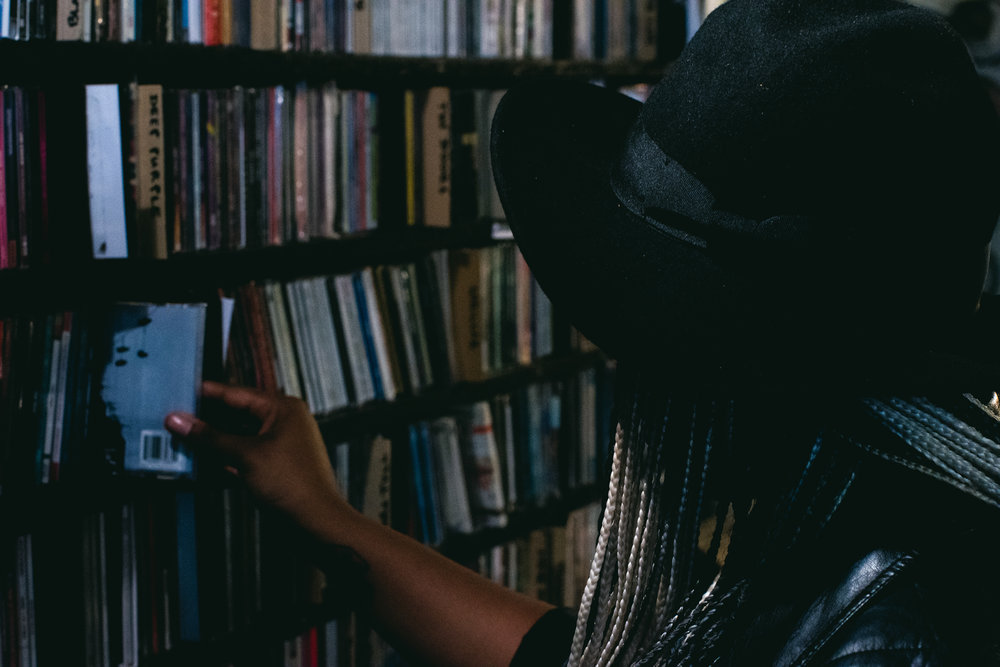 However, despite the obstinacy of these pressures, Unique’s progress is proving unprecedented thus far. After her first overseas performance in Poland to between 10,000 – 20,000 people, she has since hit the stage in Holland, Hungary and soon enough France. Amongst this, in spite of a personally challenging year in 2015, Unique saw herself performing at the infamous Glastonbury festival, Gay Pride Parade and also on Jools Holland. Moreover, she has supported the likes of Nicki Minaj, Rihanna (several times) and Beyoncé at the Genting Arena, Birmingham. 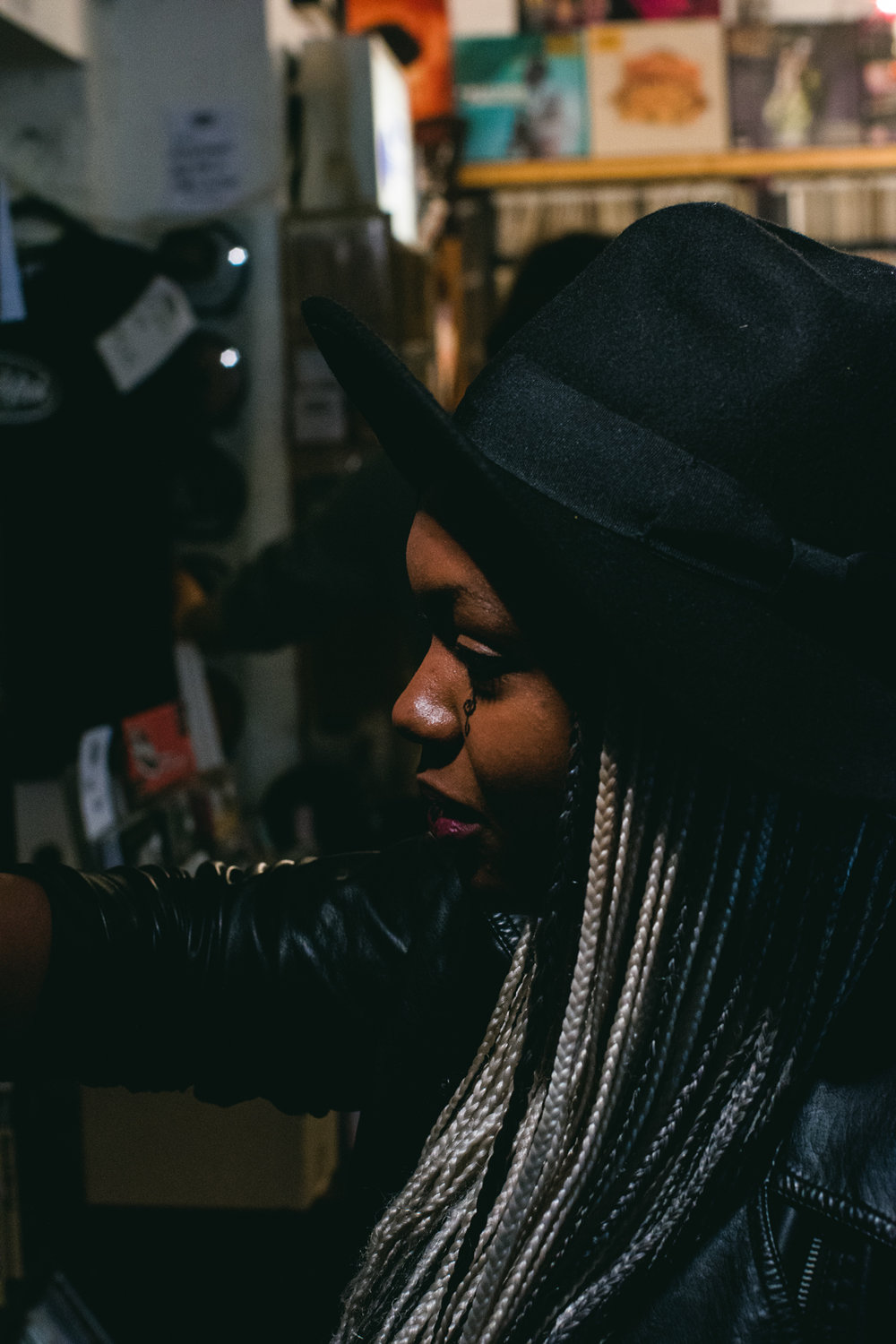 “Gay Pride was incredible as a feminist.” She reflects on the experience. “As someone who believes in equality, and also in countries who have such a minority of black people, it was a huge thing for me to represent so many different versions of the word ‘minority’ in so many different contexts.”

When asked about the Birmingham music scene however, there was an undertone of reluctance about its current potential on a business level, temporarily overlooking the talent the city holds.

“The scene here is at the healthiest I’ve ever seen it. I remember the days before Leshurr (Lady Leshurr) made it, I remember busking outside with Jacob MacDougal and doing shows with Soweto Kinch. Now look at them.”

“The only flaw I see is that we don’t have the infrastructure to maintain the big international artists that are touring here. We’re not strong enough on a business scale to compare ourselves with London, a city where an artist can walk directly into a major label, because they are based there. We struggle to meet the right people to develop and progress.”

“So I think that will come from travelling, which is a main objective for me,” was her response when challenged on what to do about the issue. “To travel and tour outside of my city, then return and bring back with me all the rewards and results of being acknowledged and supported; that will equip us with the tools and knowledge we need.”

Following her progress, Call Me Unique is most definitely on the path to becoming one of the biggest stars to emerge from Birmingham’s vibrant music scene. With the upcoming release of her next project Urban Gypsy 2, more travel and more performances, rest assured: she’ll be screaming and singing in that soulful jazz voice all the way to the top.