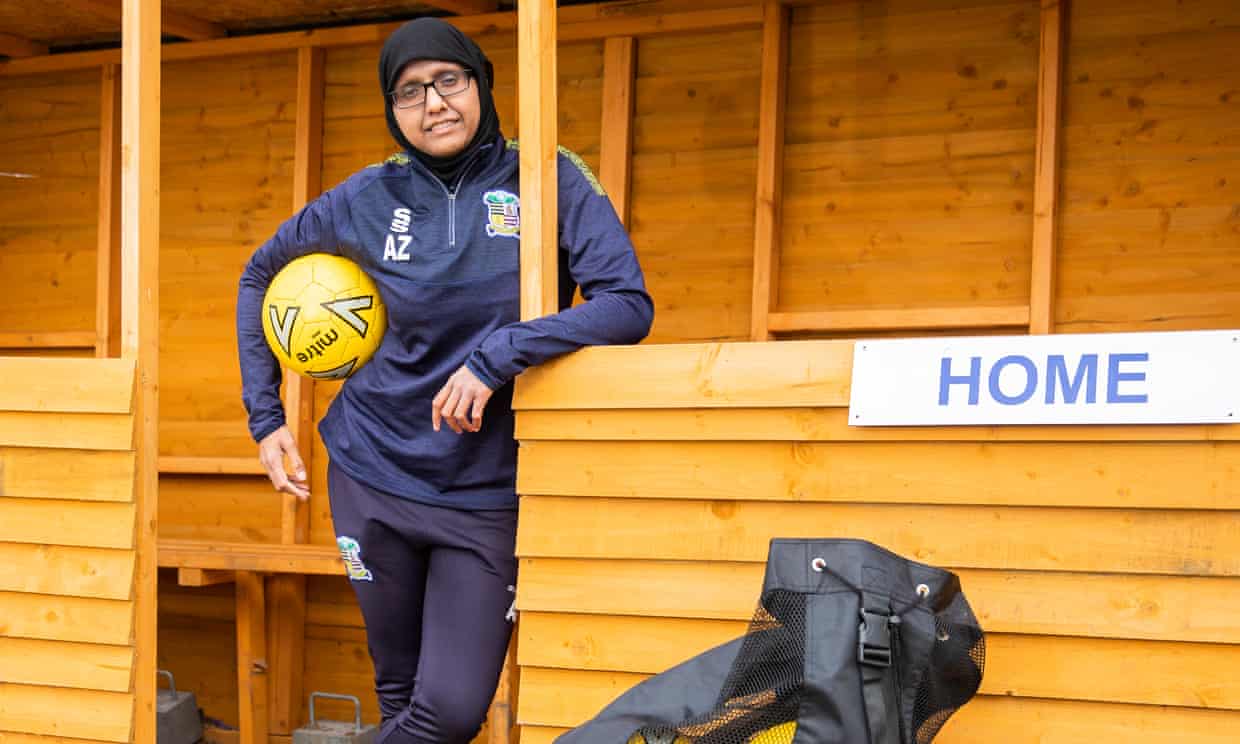 ‘I still have to pinch myself. Head coach. Ladies’ first team. At a club with so much credibility.” You can hear the giddy excitement in Annie Zaidi’s voice. The new head coach of Solihull Moors Ladies, who play in Division One Midlands of the Women’s National League, has worked hard for this opportunity – harder than most have to because the 34-year-old is not only a woman working in a profession dominated by men but has also had to battle racial and religious stereotyping and abuse as a Pakistani Muslim.

She strives to avoid being defined by those labels, craving the day when her talent is all anyone notices. Widely known as “Coach Annie”, Zaidi has been working with Solihull’s boys’ youth teams since 2017.

“They didn’t see my gender, they just saw me as a really good coach

“A lot of credit goes to Mark Fogarty, the sporting director of Solihull Moors,” she says. “They didn’t see my gender, they just saw me as a really good coach and that says a lot about them as individuals and the club as a whole. All they saw was my work on the pitch and how I’d developed players.”

After doing well with the youth sides Zaidi was offered the chance to add the women’s team to her workload – she will remain head coach of the Under-16 boys’ elite players, the Under-13 boys’ technical coach and Under-9s’ head coach. In her first game in the new job, a 2-1 defeat by Birmingham and West Midlands Ladies last Sunday, Zaidi got a first look at the scale of her task. Solihull are one place off the bottom, having won one game and lost the other 10. But she is confident “everything will fall into place”.

“They’re professionals in their own right in the daytime, footballers in the evenings and on weekends,” she says of her players. “They’re mature women, they get it – there’s a mutual respect.”

Although Zaidi has been in and out of football, the one constant since she began playing in the garden with her two older brothers being her love of the game. She stopped playing aged 14, feeling there was no place for her in women’s football.

Doing a master’s at Durham in community development and youth work studies brought a new chance to be involved in football and she was encouraged into coaching for her placement. “I always said I wanted a job where I could wear trainers, because I had more trainers than high heels,” Zaidi says . “One of my placements was in the west end of Newcastle. Bear in mind this was after 9/11 and 7/7 and perceptions of Muslim people were very negative.

“I went down on a cold evening in November. I got there, there were 30 young people aged 16-25. They were from very deprived areas – two out of the 30 did not have a criminal record.

“You can imagine a 5ft 2in brown girl from Coventry saying: ‘All right lads, let’s play football.’ First session I got bruised. We had a game and I was getting tackled aggressively – I felt like I had been in the ring with Mike Tyson.

“The racist abuse happened, the sexist abuse happened, but I kept coming back. After week five, another group on the next pitch started hurling abuse at me. Before myself or my line manager could intervene, the boys did, they had my back. Inside I was like: ‘Yesssss.’ 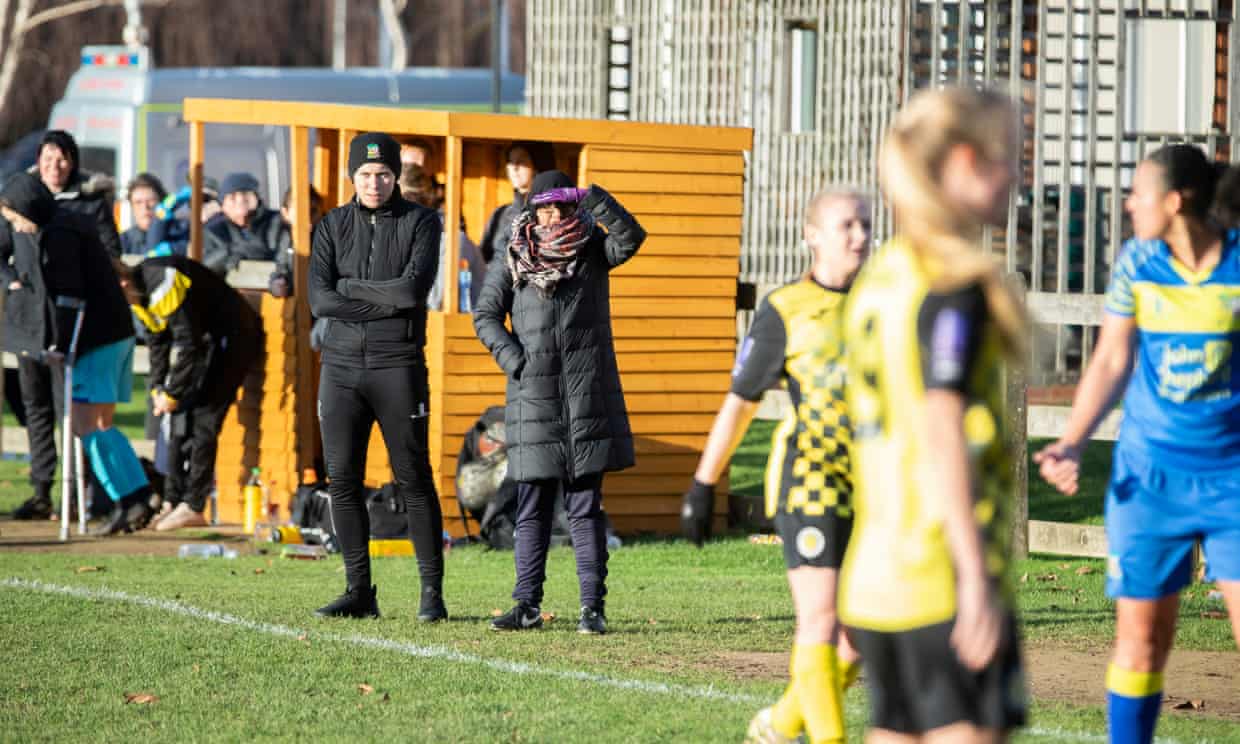 “They got me involved, we played some games, a few [nut]megs built my confidence. They would come to the youth centre to talk to me whatever issues they were going through. They wanted to know more about me.

“After week 12 they came to realise – and so did I – that football is such a powerful tool because it broke down the gender and cultural barriers. It built a bridge.”

She continued to do youth work based around football before joining a Sunday league club. “I was the only female manager of 400 teams in the league. I had more downs than ups. I eventually decided to leave because it was poisoning the passion I had. The racism, the sexism, even the club I was working for said people had been saying I was a shit coach and wasn’t going to go far.”

Zaidi was told by people in the professional game to stick to community or female coaching, advised to forget the elite pathway she had dreamed of. “I was like: ‘No, football doesn’t have a gender or religion.’”

I had the Eminem 8 Mile song [Lose Yourself] running through my head. I was like:

Finally she met people who believed in her. First was Wallace Hermitt, co-founder of the Black and Asian Coaches Association. Then Chris Ramsey and Les Ferdinand took her to QPR while she was working towards her Uefa B licence. “They put so much time and effort into me. They wouldn’t have done it if they hadn’t seen something special within me. In a professional set-up if you don’t know the game, you’ll get found out.

“I thought my first session there would be with under-16s but it was under-18s and under-21s. I took a deep breath. I had the Eminem 8 Mile song [Lose Yourself] running through my head. I was like: ‘Come on Annie, this is your time!’” She laughs. 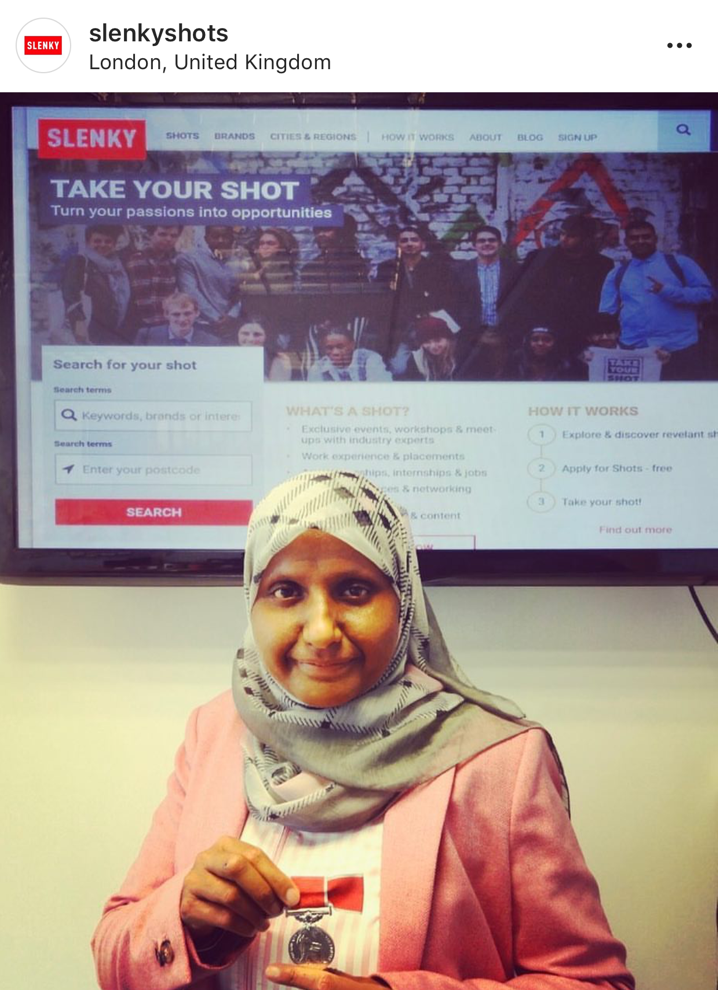 Having been given the Helen Rollason award for inspiration in 2015 and a BEM (British Empire Medal) in 2017, Zaidi is a role model. “It’s a big responsibility. I didn’t take on the role. You have no control over it. I’m still chasing what I need to do; I’m not the end product yet. It’s weird.”

With the help of Hermitt she has set up the Coach AnnieZ Foundation, working with young girls and encouraging them to follow their dreams.

‘Are you the physio, love?’

Have things improved? “It hasn’t changed. A few weeks ago we’re at an away game, the lads are getting changed and I was getting the kit bag out the car and the opposition manager said: ‘Are you the physio, love?’ I ignored him, he went over to the other coaches and said: ‘Which one’s the manager?’ The coaches pointed in my direction saying: ‘Annie’s the manager.’”