Last year Myles won a gliding scholarship on Slenky and, armed with a GoPro camera he took off to capture and share the experience...

In the last week of August 2017 I was on an intensive gliding course at London Gliding Club at Dunstable.

I found this opportunity from a website called Slenky. Once I applied through Slenky they sent me the forms for The Honourable Company of Air Pilots, which I filled out and submitted after making sure it was perfect. I then went to the interview in London with my parents. I was a bit nervous but reassured myself that I would be fine since I had prepared for it.

A week later I got the fantastic news that I was selected and it meant the world to me! On arrival at the Club I met Maria, who was also on the course, and Andy Zuchora who was my gliding instructor. We then started off the day by having a safety briefing, after that we went to the airfield and did a DI (Daily Inspection) on the Glider and towed it over to the launch point. I then was aero-towed to 4000ft and started learning basic controls with the stick and the rudder and trying to find thermals while also looking out for other aircraft. The weather that day was good, so we had a good number of flights.

Unfortunately, on Wednesday 30th of August it rained from 1100 onwards so we couldn’t do any flying for safety reasons; we relaxed in our cabin and read some of the gliding books our instructor let us borrow.

On Thursday 31st we had a good day of flying due to the weather. In my flights, I was improving my turns and also my coordination skills and learning how to climb in a thermal. I also did my first winch launch which was really amazing as everything happens so quickly!

Friday 1st September sadly arrived, and it was our last day at the club. We did our DI’s and began the day with winch launches. After following through the first time and understanding what to do, I was allowed to do a winch launch by myself.

There were mixed emotions as I was excited but at the same time I didn’t want to mess up! I ended up doing a winch launch successfully and that was one of the best experiences I had throughout the scholarship. We then had the sponsors come for lunch with us in the club house and then present us our certificates. 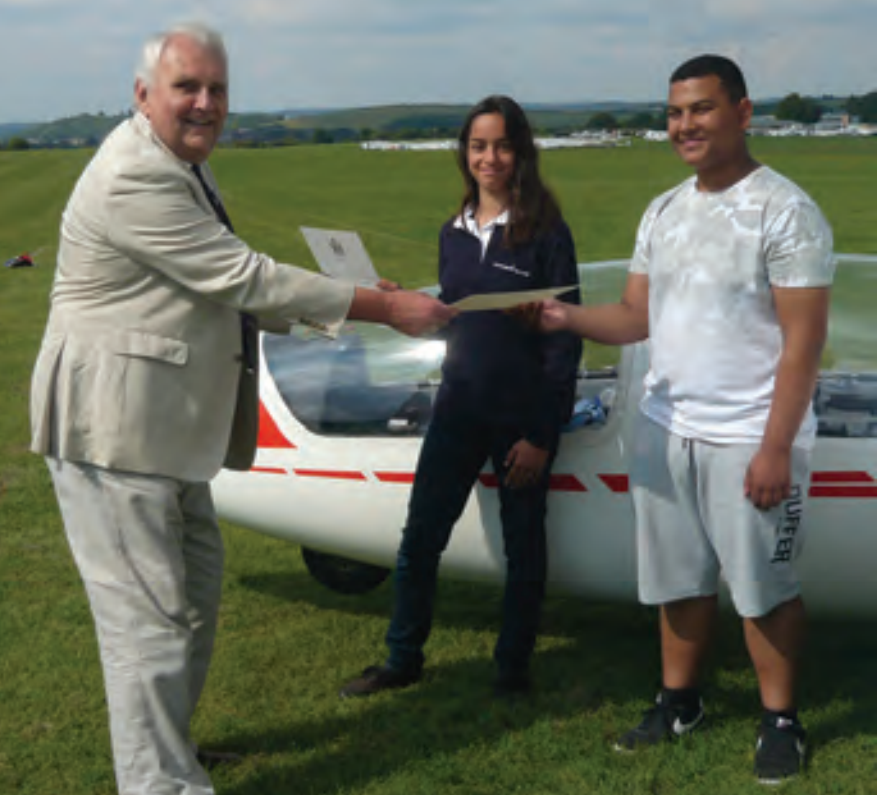 Carrying on with our flights, I practised how to land, and finally did so. I feel as though throughout this course my coordination skills improved massively and I have gained so much experience and knowledge - it has focused me on my dream of becoming an airline pilot.

I would like to say a massive thank you to the Honourable Company of Air Pilots for giving me the once in a lifetime opportunity and Andy for Instructing me, and Maria and London Gliding Club for having us. I feel very honoured and I will remember this for years to come.