The majority of internet users don’t have confidence in the information they see and read online, ranking influencers as the least trustworthy sources on the web.

Even governments are seen as more trustworthy than influencers

According to research from media agency UM, which saw more than 56,000 internet users surveyed from across 81 countries, just eight per cent of people think that more than three-quarters of the information they see on social media is true. This figure falls to four per cent when it comes to influencers.

Perhaps surprisingly, even governments are seen as more trustworthy (12 per cent) than influencers. 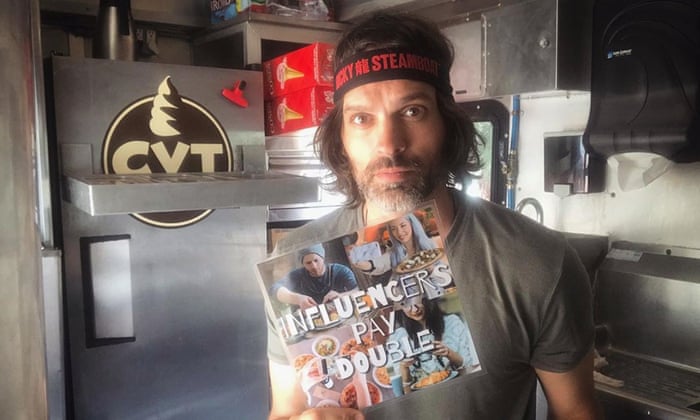 Customers at Joe Nicchi’s ice-cream truck have increasingly had the same demand: give us your ice-cream for free.

CVT Soft Serve, a popular truck in Los Angeles, has started to receive weekly requests from self-proclaimed Instagram “influencers” who promise to post a photo of Nicchi’s ice-cream – if they don’t have to pay. Nicchi has always said no, but this week he found an unusual way to profit off of the influencers: he publicly told them to go away.

Nicchi went viral after posting a sign that said “influencers pay double”, writing on Instagram that he would “never give you a free ice-cream in exchange for a post”. The image, tagged #InfluencersAreGross, spread around the globe, and now Nicchi says his business is booming, attracting fans across southern California who share his disdain of influencers.

“We’re the anti-influencer influencers. It’s weird.. but I think it’s really fun. I hope it inspires small businesses to hold their own and tell people to...

Some brands and businesses now rely on Instagram “stars” to advertise their products and services, giving away free meals and hotel stays to people who post positively about the experience. The phenomenon has become so pervasive that some Instagrammers can easily scam companies. One Instagram influencer recently staged a “surprise” wedding engagement but had actually sent an itinerary to marketers months prior. It’s so trendy to be an influencer that some people have taken to pretending their content is sponsored when it’s not.

Nicchi understands the importance of promotion. He’s a working actor in LA, who started CVT Soft Serve in 2014 as a way to supplement his income.

“This is a money-making thing. I can’t give away my ice-cream for free,” he said, noting that he had paid for his first truck with his salary from shooting a commercial. 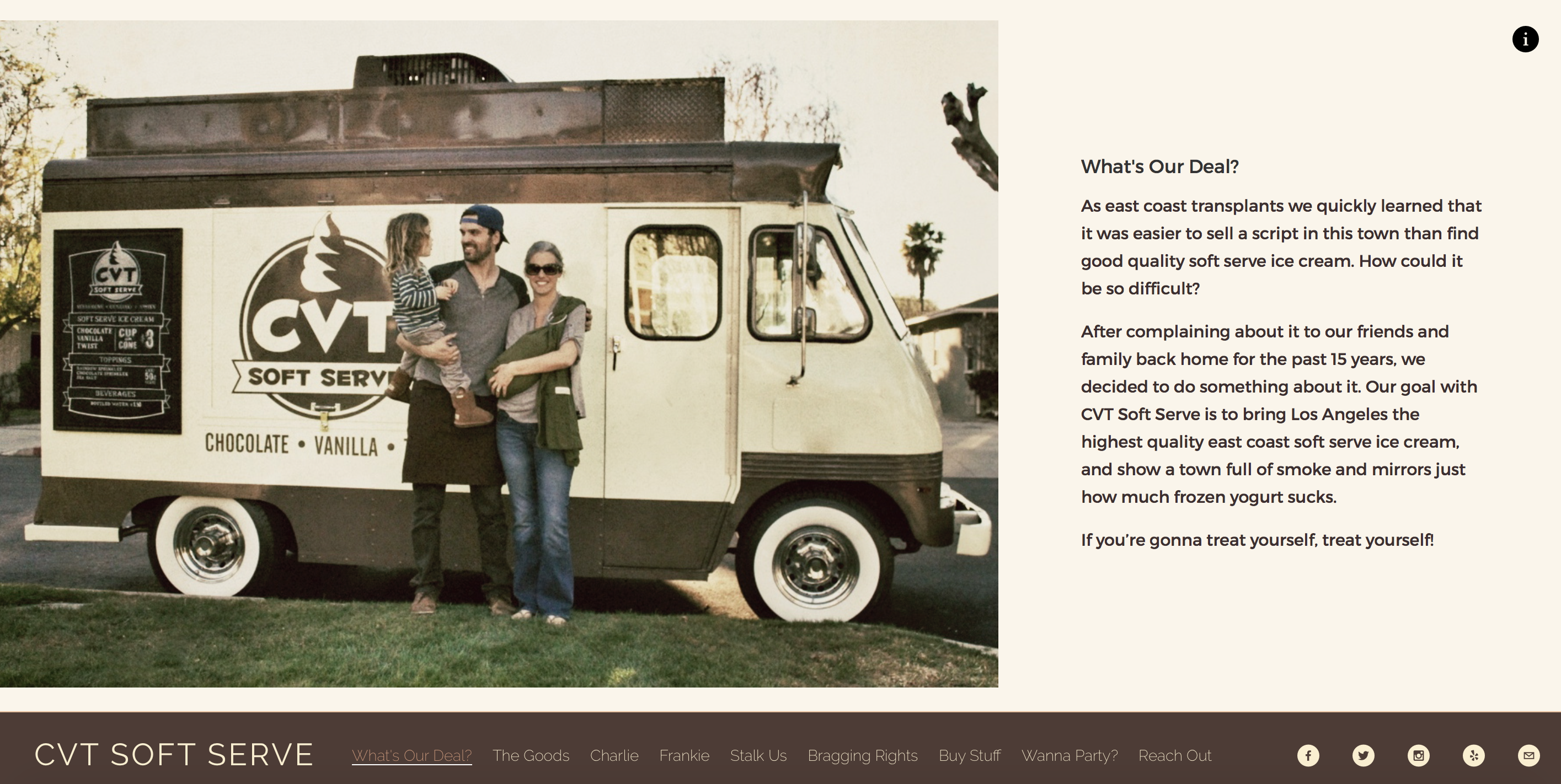 The soft serve at CVT (which stands for his three flavor offerings: chocolate, vanilla, or twist) and his vintage-looking truck are very Instagrammable. Influencers quickly noticed. In his first year, he got a small handful of influencer offers, typically people emailing suggesting promotional deals in exchange for free ice-cream.

“They love using the word ‘exposure’. It’s so ridiculous,” he said.

But the frequency of the requests began to escalate – and became more uncomfortable as they started happening in person, said Nicchi: “The most painful thing for me is when they approach me at the truck.”

“Are you out of your mind?"

It never made sense to him: “Are you out of your mind? This is four dollars. But obviously they wouldn’t be asking if people weren’t saying yes.”

At times, the requests were particularly offensive. He said an assistant to a famous actor – a woman on a television show who he declined to name – recently asked if he would donate ice-cream to the cast and crew. In exchange, the actor offered to take a photo at his truck.

His response: “As much as I’d love to do that, I don’t think my kid’s school accepts celebrity photos as a form of tuition payment.”

The assistant responded with a nasty and vaguely threatening message, he said, along the lines of: “I should be careful with my words … This is a very small town.”

Nicchi eventually became so tired of influencers that he put up his anti-influencer sign at the truck, making clear that people who requested a free cone would get the opposite – they’d have to pay $8 instead of $4. A customer took a photo and posted it to Reddit, which then went viral.

He said he had since gotten interview requests and news coverage from across the world, and he is loving it. The number of customers doubled overnight, and he has earned thousands of new followers on Instagram. 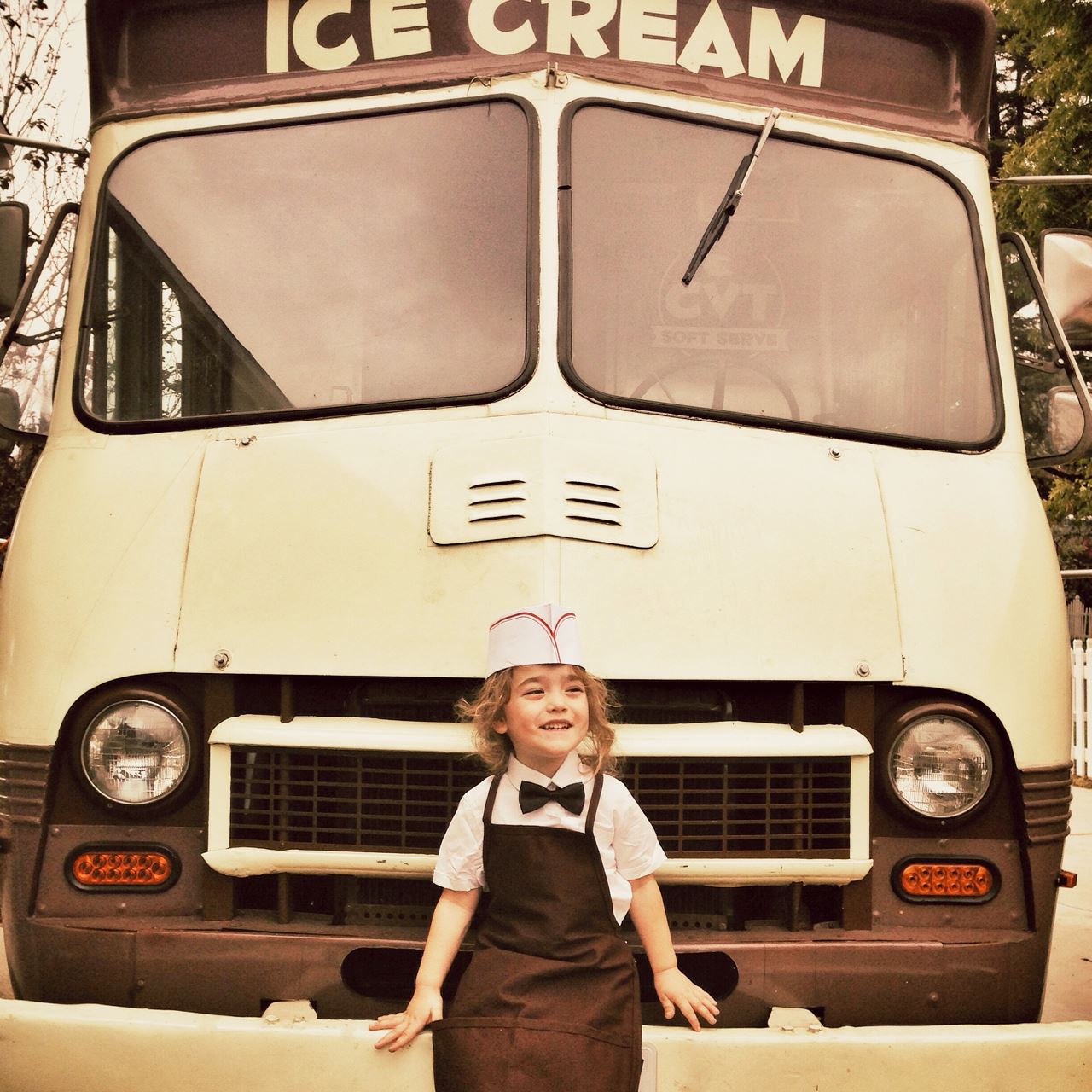 “There’s something so redeeming about outing influencers”

“There’s something so redeeming about outing influencers,” he said, adding that many small businesses have written to him thanking him for speaking up. “I hope that more people do not allow likes and comments and followers to hold weight in the business. I want people to go to a restaurant because the food and service is fantastic.”

Brittany Hennessy, an author who has written about influencers, said companies with marketing budgets can benefit from working with social media personalities, and that a giveaway can pay off. But a small food truck may not be a good fit, she said: “People will try and get anything for free … No real influencer would ask for a four-dollar ice-cream.”

While Nicchi is happy to promote his own business on social media, he said he didn’t want to depend on the platform. “If Instagram went away tomorrow, our truck would still survive. I don’t know that your ‘influencer’ business would.”

Nicchi offered to let the Guardian try his ice-cream, under one condition: that the reporter pay for the cone.