Baby boomers may still run the world, but what can we expect from the next generations?

“More than ever, people are thinking about their purpose and their place in the world,” says 25-year-old Josh Babarinde. “What we’ve seen over the last five years or so is much more than ‘clicktivism’ or signing the odd petition. It’s real action in response to the fire in the belly of Generation Y being ignited.”

Babarinde is certainly full of fire. Born in Eastbourne, he came to London for university and has stayed ever since. It was while volunteering at a youth justice charity in the east of the city that he realised why so many young people there turned to criminality. “They feel backed into crime’s corner. One young person of about 15 was dealing drugs and stealing bikes. Week after week he would secretly slip money into his mum’s handbag. She was a single parent, he was the eldest sibling and he felt that he needed to be the breadwinner.”

Babarinde resolved to find a way to bring young people income, belonging and self-worth through legitimate means – and Cracked It was born. It’s London’s social enterprise smartphone repair service, staffed by young ex-offenders and youth at risk of offending. 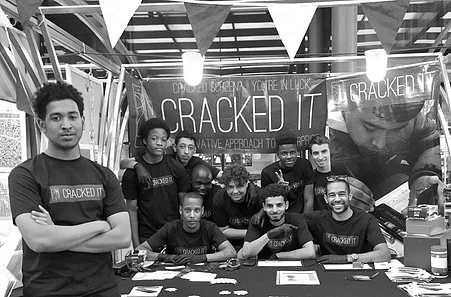 During five-day bootcamps, young people are taught how to repair smashed screens and dodgy batteries, before being challenged to run their own repair clinic. “They decide their prices, uniform and their marketing strategy, and they keep all of the money that they make. Or indeed don’t make,” says Babarinde. The best are invited to staff Cracked It’s phone repair operation, touring workplaces such as Barclays HQ and even the US embassy, being paid to fix people’s phones at their desks.

Around two-thirds transition into employment, education or training elsewhere within six months of completing the programme. And eight in ten offenders don’t reoffend within the same period. “I haven’t come across a more resilient group of people,” says Babarinde. “These are people who have been homeless, who have slept on trains, who have experienced family breakdown, even sexual abuse, and yet they come in and they get on with their work. I’m so, so proud of them.”

This is most certainly a leg-up rather than a handout. “We don’t want to nanny them or make them feel grateful – to feel any more vulnerable than they might already,” he says. “We want our colleagues to realise that they have loads of assets in themselves, and that they can use them to lift themselves out of the very vulnerability that brings them to us in the first place.” 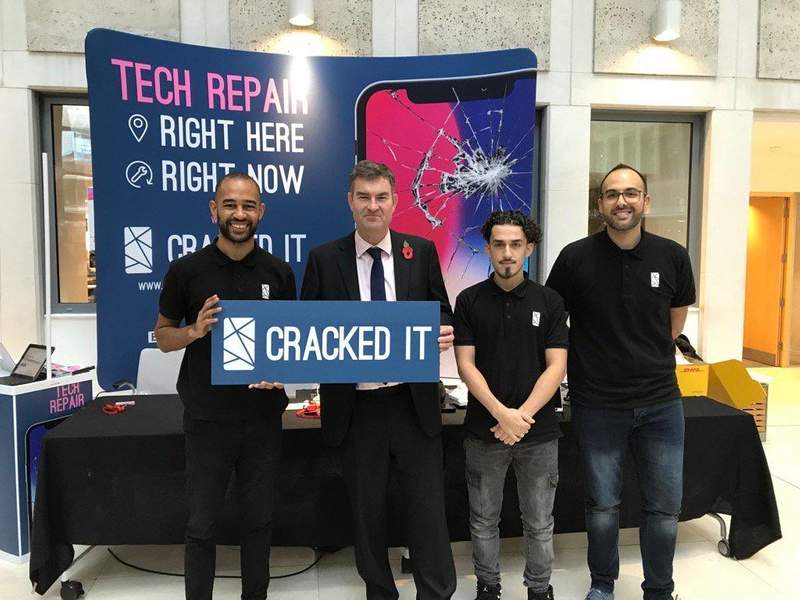 One of Babarinde’s messages to the government would be to make the benefits system an empowering rather than a stifling force. (Cracked It’s young people can only work 16 hours a week without getting their entitlements cut.)

He calls himself a “roll my sleeves up, get my hands dirty kind of guy” and thinks social entrepreneurship is one of Gen Y’s most positive traits. “There are so many people who see social injustice and who are doing something about it. We’re no longer waiting for the pale, male and stale politicians of this world.”

“More than ever, people are thinking about their purpose and their place in the world,”

Criticisms of so-called ‘snowflake’ millennials are, Babarinde suggests, often made by people who themselves have benefited from privilege. “When I think of young people, I think of the ex-offenders I work with and these are certainly not avocado on toast-eating Instagram influencers whose parents take them on loads of holidays. I had some challenging patches in my childhood. I grew up on a not-so-great estate, and I’m a product of social mobility. Some of the criticisms are fair, some of them need to leave it out.”

Work and purpose are much more closely aligned for young people today, Babarinde thinks. “We don’t just want to make rich people richer any more, we want to solve social issues in the course of our day jobs. In so many ways, we’re tearing up the hymn sheet that people in past generations have sung from.

“We want to build a world that works for as many people as possible. One that is fair, just and compassionate.”