Kathan Dudhela has been teaching adults to fly since May and in his spare time enjoys popping over to France for lunch - and he's only 19.

It's not an impossible dream...

In the last two years the teenager has juggled A-levels, air cadets, an early morning newspaper round, pilot exams and battles with the Home Office. Today he wants to inspire youngsters interested in aviation by showing them it's not an impossible dream.

"My dad used to take me to the airport," he said.

"One day I saw a plane and thought: 'It's massive - how do they fly?' Since then I wanted to become a pilot. At four years old I got the aviation bug."
The former Alperton Community School pupil moved to Wembley from India when he was 10 and lives with his parents. After passing his GCSEs and A Levels he would regularly go to Heathrow and wait outside terminals for pilots to emerge and ask them how they trained. He would then do his own research. 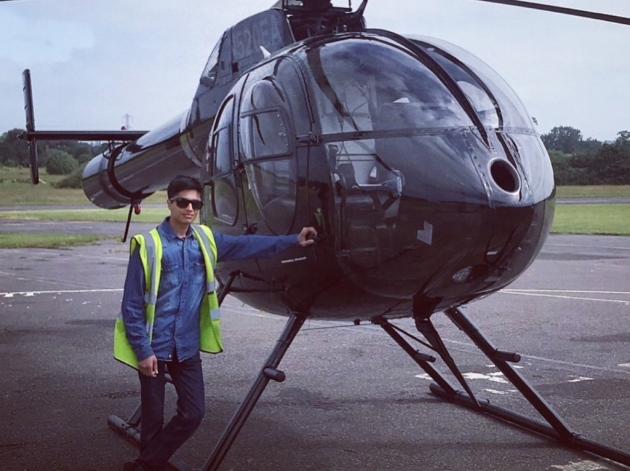 "There are two ways of becoming a pilot. You can either do it yourself or you can go to a company and pay £120,000 and they make you a pilot in two years," he said.

Joining the air cadets in Wembley was his first step where officers guided him and he met more people who helped, too. He started training for his pilot's licence in 2017 and got it less than a year later. "Flight lessons cost £200 an hour," he said, "so I used to do newspaper rounds in central London that would pay for one hour.

I got through it - I don't know how

"I asked my mum: if I fund for one, would she fund one? It took me about eight months. I had a lot of exams and I would spend the entire day studying for them while I was doing my A-levels. I got through it - I don't know how."

A stroke of luck in 2018 came his way while on a two-month work experience programme in Elstree: the flight school needed an operations manager. 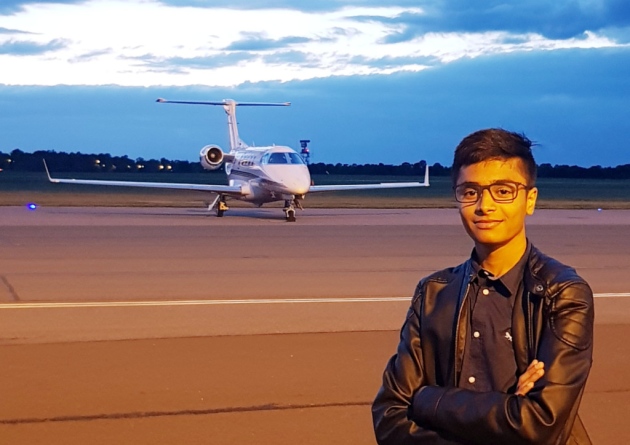 Now I teach new pilots. I have 11 students at the moment.

"They desperately needed someone and I was the only available person. I did my best and they gave me the position. I did 300 hours of flying and after that I did the instructor course. I passed the course in May. Now I teach new pilots. I have 11 students at the moment. Some of them are older than my dad's age [45], people in their 40s and 50s. No one is less than 20."

He has since got involved in aerobatics competitions, coming third in last year's local final. He'll take to doing stunts in the sky in December for the regional competition aiming for the world championships one day.

Emirates - "they are who I flew over to England with"

The young pilot was also finally given a residency permit by the Home Office in July. Next he is aiming for a commercial licence with dreams of working for the Emirates - "they are who I flew over to England with". He also plans to take driving lessons as "it's a little bit of a struggle to get to and from the airport. Sometimes I get an Uber, sometimes my dad drives me."

But mostly he wants to inspire young people. "I have emailed Cllr Muhammed Butt, the Brent Council leader, about holding a free seminar for people interested in aviation but I haven't heard from him yet. Although I come from a background that if you don't have a job you won't be able to fund it (aviation), a lot of people have a job and still can't fund it and don't know in what ways they can.

I can help them.