Around 800 people gathered to celebrate the anniversary of young businesspeoples' community One Japan, in Tokyo in September, led by co-founder Makoto Hamamatsu (front, center). | ONE JAPAN

It’s often difficult for people to maintain the enterprising spirit they had when they first entered the workplace, fresh out of university.

“there are not many opportunities to get to know others who share their passions..."

Especially in a large company it is difficult for people’s voices are heard, and often they feel isolated as there are not many opportunities to get to know others who share their passions. Many eventually give up asking questions and coming up with new ideas, and start to just go with the flow.

In the hope of changing this sense of stagnation and lifting the spirits of young employees at major companies, Makoto Hamamatsu, 35, an employee at electronics giant Panasonic Corp., co-launched a group in September 2016 that would allow people in their 20s and 30s to connect, share ideas and create innovation.

Named One Japan, the community has grown in less than two years from some 120 members in 26 firms to roughly 1,200 people in 50 large companies, including Toyota Motor Corp., Canon Inc., NTT group, Japan Post Holdings Co. and Fuji Xerox Co. 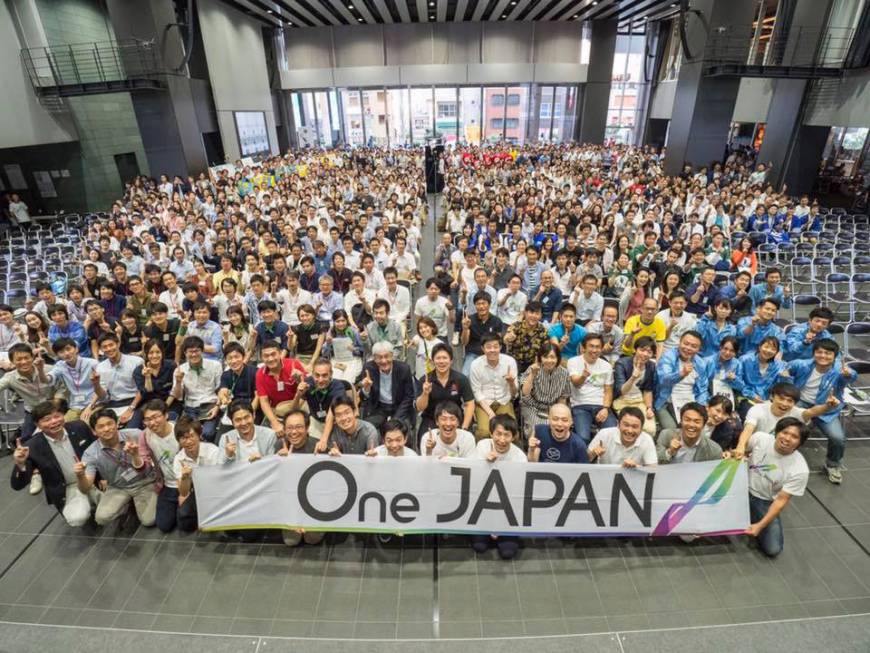 “We call it a community where the wisdom and passion of young people who work for major companies come together,”

“We call it a community where the wisdom and passion of young people who work for major companies come together,” said Hamamatsu, who currently works at Panasonic’s consumer electronics business development section. By connecting people within and outside companies, he hopes to create innovation and revitalize the firms where they work, he said.

“I don’t want to see people giving up trying. … Big companies tend to have rigid organization structures or monoculture, and that’s not good for revitalizing the corporations,” he said. “I want people to create an enterprising atmosphere, rather than sensing the existing corporate culture and going along with it. I want to see more people take a step forward.”

The idea for One Japan stemmed from a gathering Hamamatsu launched in 2012 with young employees at Panasonic Corp. After he joined Matsushita Electric Industrial Co. (now Panasonic) in 2006, Hamamatsu began asking his colleagues to go for a drink after work or participate in study sessions about their career paths. After hosting similar events attended by hundreds of young employees for six years, Hamamatsu decided to create a group and called it One Panasonic.

In a giant organization like Panasonic that has more than 200,000 employees, it is hard to meet people from other departments who also have an enterprising spirit, and people tend to feel powerless to propose new business ideas alone, Hamamatsu said. But by creating One Panasonic, people started to connect with peers with whom they had never spoken before, and to exchange ideas, he said.

"Some people told me that they were thinking about quitting the company, but decided to remain in the end because of One Panasonic.” 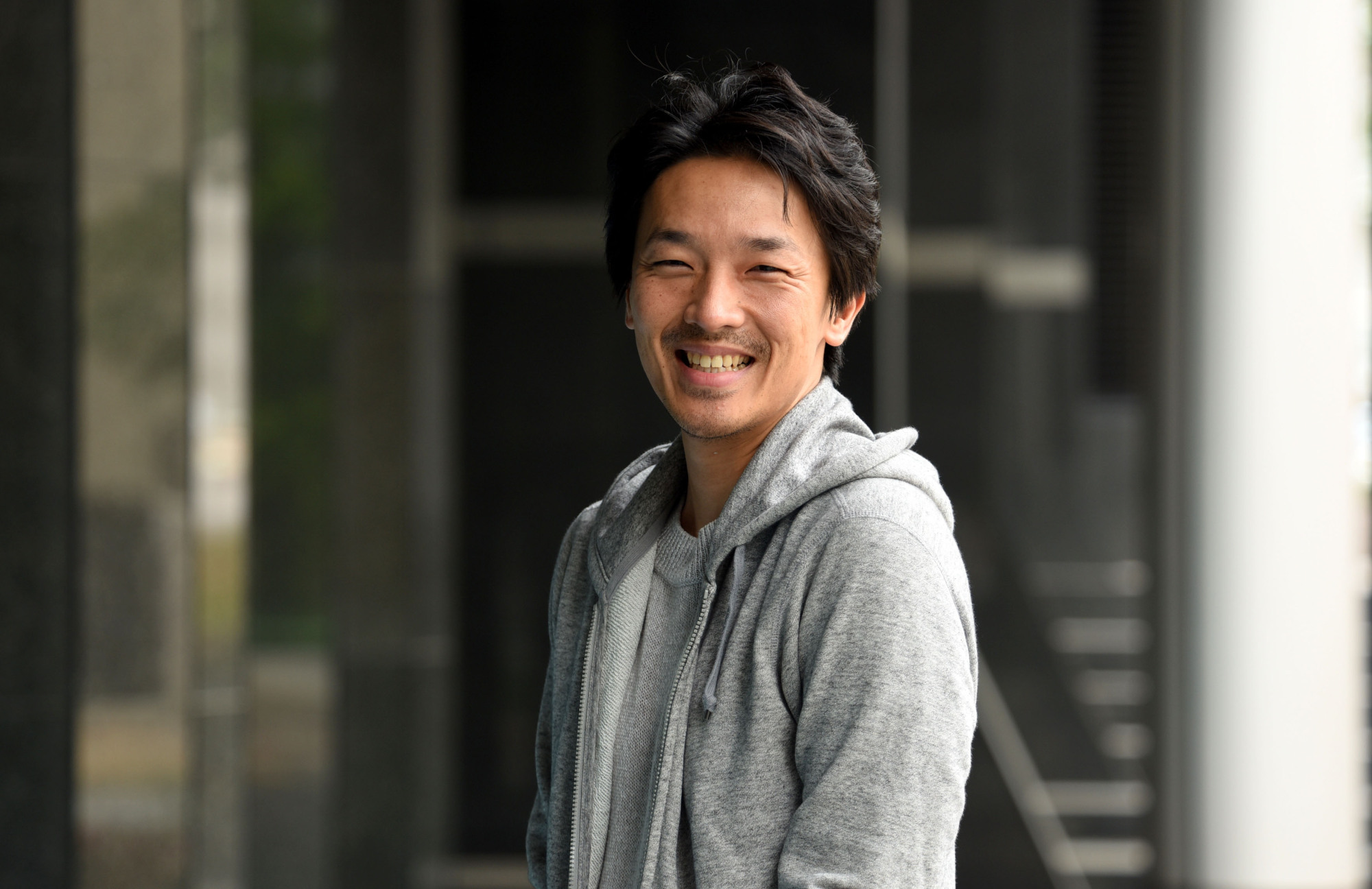 “The biggest result we’ve achieved through the activities is elevating members’ motivation, and more people have started to take initiative,” he said. “And that is really huge. … Some people told me that they were thinking about quitting the company, but decided to remain in the end because of One Panasonic.”

One Panasonic got together with similar groups of young workers at Fuji Xerox Co. and Nippon Telegraph and Telephone Corp. to launch One Japan

Hoping to extend their network beyond the company, One Panasonic got together with similar groups of young workers at Fuji Xerox Co. and Nippon Telegraph and Telephone Corp. to launch One Japan. Members from different companies within the community hold small gatherings to discuss their shared interests such as health care, marketing or accounting. Just a little over a year since its launch the group is still in its early stages, but attempts to break down the walls between the corporations are already starting to blossom into actual products and services.

One such product under development is an artificial intelligence robot that guides people in “mindfulness meditation,” a method considered to improve people’s concentration. The project was launched after Fuji Xerox asked One Japan to provide ideas for a new service using robots. There are several other services and products currently under development — some of which could be announced in a few months, he added.

“I eventually want to expand what we are doing to overseas"

The group also holds an all-member gathering about twice a year to discuss topics like open innovation or work style. They also invite management-level officials from their companies to exchange ideas, because it is crucial to gain their understanding and support if they want to change corporate culture or start new projects, Hamamatsu said.

Around 800 people attended last September’s gathering in Tokyo, including the vice president of Japan Tobacco Inc. and the senior managing director of Panasonic. At the venue, more than 40 companies also showcased products or services they are working on to get feedback from various people with different professional backgrounds.

In a bid to change working styles for the better, the group also conducted surveys on more than 1,000 members to find out their views on juggling work and child rearing or on having side jobs. Hamamatsu hopes to use the results as evidence to show what young workers want and to change their working environment.

It’s tough for Hamamatsu to continue juggling his time between work for Panasonic and efforts to foster his One Japan and One Panasonic initiatives. But, he said, a sense of mission has driven him to continue to lead the groups for years. “This kind of activity usually fades out after a few years. But I want to change such stereotypical things,” Hamamatsu said. “I eventually want to expand what we are doing to overseas.”

Generational Change” is a series of interviews, profiling people in various fields who are taking a leading role in bringing about changes in society