Eighty businesses share an open plan office where the NUBI headquarters are currently located. As Izzes Gayle- the 23 year old founder of NUBI Magazine and the NUBI Hub Social Enterprises- leads me to the cluster of desks where the NUBI team creates the fast growing magazine and social enterprise, I notice a buzz of conversation as people lean over from their own cluster to interact with others who have earned their place here.

The large and comfortable space is flooded with natural, late afternoon light courtesy of floor-to-ceiling windows and an early spring day. The space itself is provided by Entrepreneurial Spark ® powered by Natwest as part of an initiative to allow start-up companies like NUBI to have an energetic, collaborative, and completely free space, as well as support to grow their business.

I start by congratulating Izzes on the success NUBI has had so far. It first launched last April, and since then the magazine and social enterprise has branched out and attracted over 2000 likes on Facebook, 2000 followers on Twitter, and Izzes informs me that the NUBI Magazine website now gets over 10,000 visitors a month. 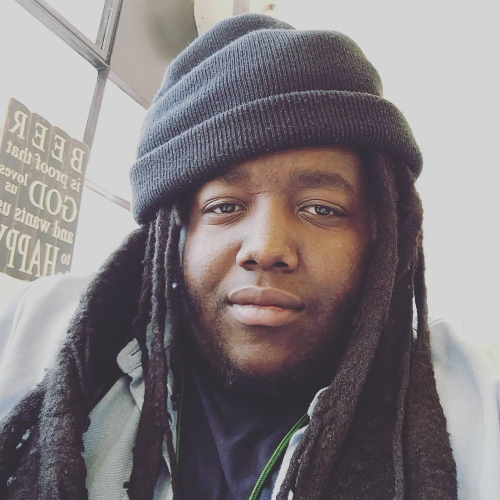 NUBI Magazine covers a broad spectrum of subjects from Entertainment and Music, to Gaming, to Fashion/Beauty, and more.

Izzes tells me that "The NUBI Hub is a creative agency which facilitates services like web development, graphic design, photography, videography, and then NUBI Magazine is more of content creation, showcasing what we are doing and what we are capable of."

The idea for this business stemmed from the failure of another one. We discuss the previous magazine that Izzes was a part of that never got a chance to gain the momentum that NUBI now has.

He says, “I was actually part of a different magazine, and through complications and issues that magazine just didn't really work well, so the person I was doing it with left it. But I felt like there was potential here, there was definitely a need for it so I decided to continue and kind of evolve and change it into what it is today. I felt like it needed to be rebranded and brought back to life with a new name and a new purpose, and it’s just going really well.”

There is no doubt that the idea that Izzes had is taking off. Currently there are around 62 people working on NUBI Magazine and the NUBI Hub- some writers, graphic designers, web developers, and more. All of these people work on a volunteer basis, juggling jobs and content creation because of their belief in what the NUBI Hub is.

"We've never had to go out and chase people. I think when you’re doing something good people gravitate towards it and want to be a part of something that’s working well."

Who is the NUBI Hub Social Enterprise?

They formed over time as the business grew and attracted more and more attention. “We’ve never had to go out and chase people. People see what we are about and apply. I think when you’re doing something good people gravitate towards it and want to be a part of something that’s working well.”

Then of course there’s the growing team of writers that attract thousands of people to NUBI Magazine every month.

I get the sense that NUBI are a close-knit team that support each other’s creative interests fiercely. With so much space for growth and innovation it is no wonder that NUBI has started to grab the attention of readers and industry professionals alike.

I ask Izzes how important giving younger people who want to enter the media industry an opportunity is to him. He says, “It’s important because you always have a fresh perspective. It’s very important to hire the right kind of people and make sure they are on point with what they are producing and what they are capable of.”

With NUBI Magazine students have gotten the chance to cover events like the Photography Show, festivals, concerts, fashion events like the Clothes Show, and more alongside industry professionals.

Izzes explains, “At the beginning it was very difficult for us to get press passes and tickets, now people approach us asking us to cover events.”

"It’s very important to hire the right kind of people and make sure they are on point with what they are producing and what they are capable of." 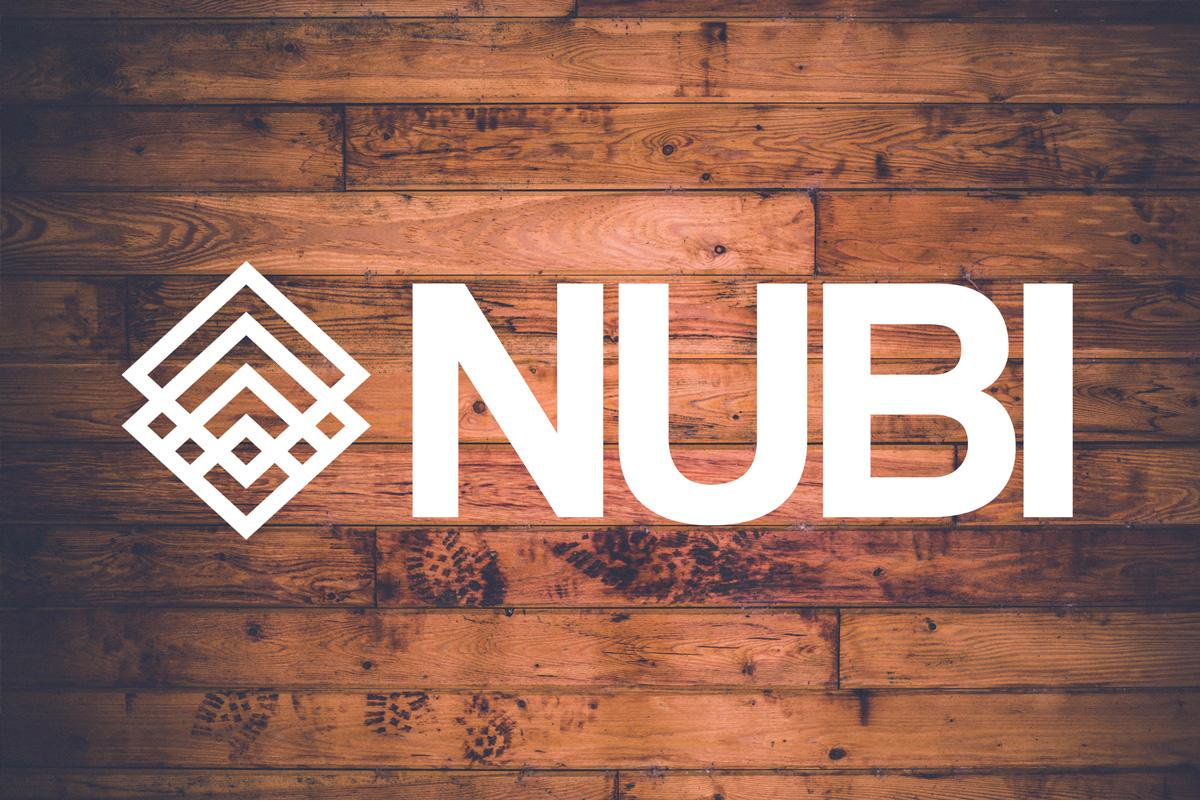 I am interested to know what a day is like for some one who has almost single-handedly launched a fast-growing social enterprise.

"As of recently I've had to kind of step outside of the business, for example at a time I was doing the services at NUBI Hub as well and that kind of stuff but now I’ve had to step back to develop the business, chase up leads, things like that- it’s a lot of paperwork.

I don’t get to be creative anymore. Everyone else gets to be creative and I’m doing all the paperwork. I can’t remember the last time I did something creative just to experiment. There’s just no time but that will come.

Once it’s a fully working machine I’ll have all the time in the world to do that."

I suspect that he is right. While NUBI has come a long way in just a year, it is still a start-up company and unfortunately just having a good idea isn’t always enough. I ask Izzes what he would say to someone who is looking to start a business.

He replies, “You can never have too many mentors. It’s good to find people who are willing to spend time with you and talk through your business, but you need to find honest people, people who will tell you if it doesn’t work, ask you “have you thought of this?”

Never think that you know it all. Never stop learning. Always look to collaborate with people- it doesn’t always work but there’s a lot of things you can learn from other peoples triumphs and mistakes.”

We discuss how the Entrepreneurial Spark ® initiative has helped by providing different perspectives and always having someone to bounce your ideas off of.

He adds, “I’m a part of something called the Hot 500 Club run by a man called Joel Blake- a great mentor of mine. I probably wouldn’t be here right now doing this if it weren’t for him and his networking events. It’s great just to meet like-minded people who want to do things for themselves and exchange ideas.”

So what is the best piece of advice he has received from his mentors and peers?

“I need to be patient. Everything will happen when it happens, there’s no rush. I’m not competing with anyone so just keep doing you. I have a million ideas, I want to do so many things and it’s not always good to be doing so much at once. If your time is a hundred per cent and you’re doing ten things, that means ten things gets ten per cent. Instead you could have one or two things that get the majority of your time so you can make sure they’re working.

We often forget how young we are and there’s so much more that we will do, nothing’s set in stone. “

He also discusses the more practical changes he’s made since working on NUBI. “Visual appearance is everything. If your website looks crap people won’t take you seriously. You can package a mediocre thing really well and it will be taken seriously, but if you get something really good and you don’t package it well it won’t be taken seriously. So visual appearance is important.

Quite often we can be tunnel vision and assume you know it all, you need to humble yourself and accept that you don’t know it all. 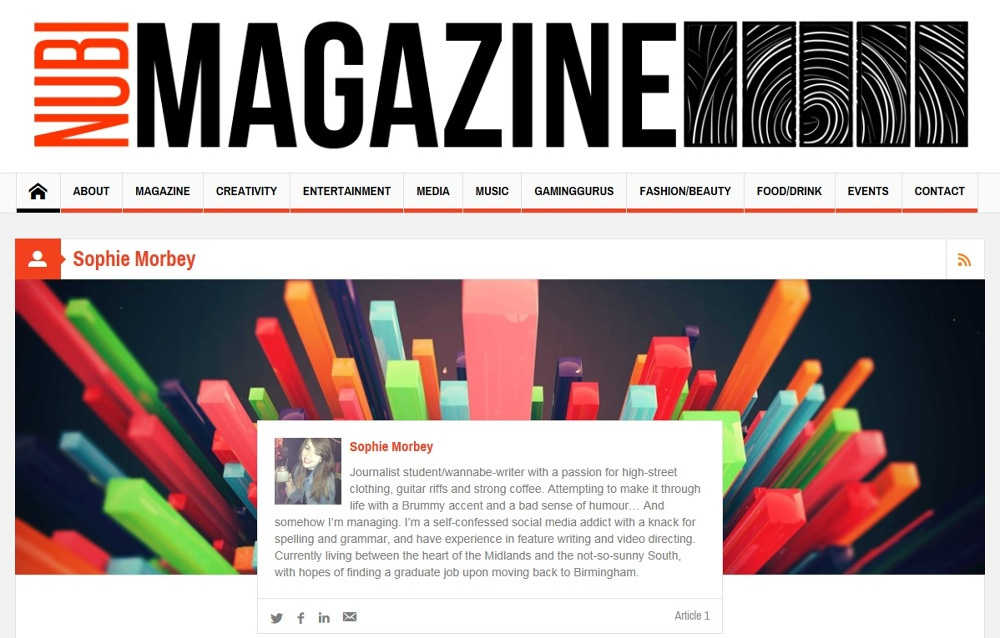 Izzes recently won the Young Professional of the Year award at the Equinox Festival, so it definitely seems like big things are in store for him. He says, "I didn't believe it at first but it’s great to be recognised, it motivates you to stay on top of that now. The great thing about the Internet is that you never know who’s watching and who’s aware of the work you’re putting in."

We talk about what his goals are for the NUBI Magazine, NUBI Hub, and himself. Izzes wants NUBI Magazine to possibly go into print and as well as have individual magazines that are more specifies to niches.

He adds, “I’d love there to be NUBI Fashion where it’s all about fashion and beauty, NUBI Sports, NUBI Fitness, NUBI Lifestyle, and they all have their own individual things so people who want just one thing can go to it but it’s all about building that particular section until it’s well known enough.”

And for NUBI Hub, the sky is the limit. “I don’t even know where to start with that. I want to be in marketing and PR, I want to be working with musicians. The team is strong; we just have to be patient. If you rush these things it doesn’t work, you have to do them at the right times.”

I ask him where he sees himself in 5 years.

“Hopefully doing NUBI, maybe international. I would love to see if it has legs to do something maybe in the States, maybe Europe, and just different branches of it. Who knows? If you told me five years ago if I’d be here, I wouldn’t believe it so we’ll see.”

On that note we are done. This short conversation with Izzes has been an eye-opener to how one individual can start something great if you apply passion and perseverance. I look forward to watching NUBI take over the world, and hopefully in five years we can once again hear Izzes say that he can’t believe how far he’s come.