After success in Sweden, Stephen Arthur will be collaborating with some of the most talented, independent designers nationally and internationally by opening a second site within the heart of the city.

Next month, the brand will present a curated selection of unique womenswear and menswear garments, created by collective designers from various countries including Germany, Japan, Indonesia & Lithuania. In doing so, Stephen Arthur aims to ensure that these brands are fully recognised by their target demographics in a saturated marketplace.

In 2012, Stephen Arthur won “The Perfect Party Dress” promoted by ITV and John Lewis. At the age of just 22, the designs were distributed and sold in John Lewis stores nationally with all profits and proceeds being donated to cancer research. With the support of Live Nation UK, the designer has since had the opportunity to design garments for Azaelia Banks, J Cole, Ella Eyre, Kanye West, Sean Paul and many other international acts. His knowledge of the industry, contacts and brand got a boost when he linked up with Slenky and Sony.

The Stephen Arthur collective also aims to support and nourish their endeavors whilst providing a luxury in-store and online experience for the target demographics. 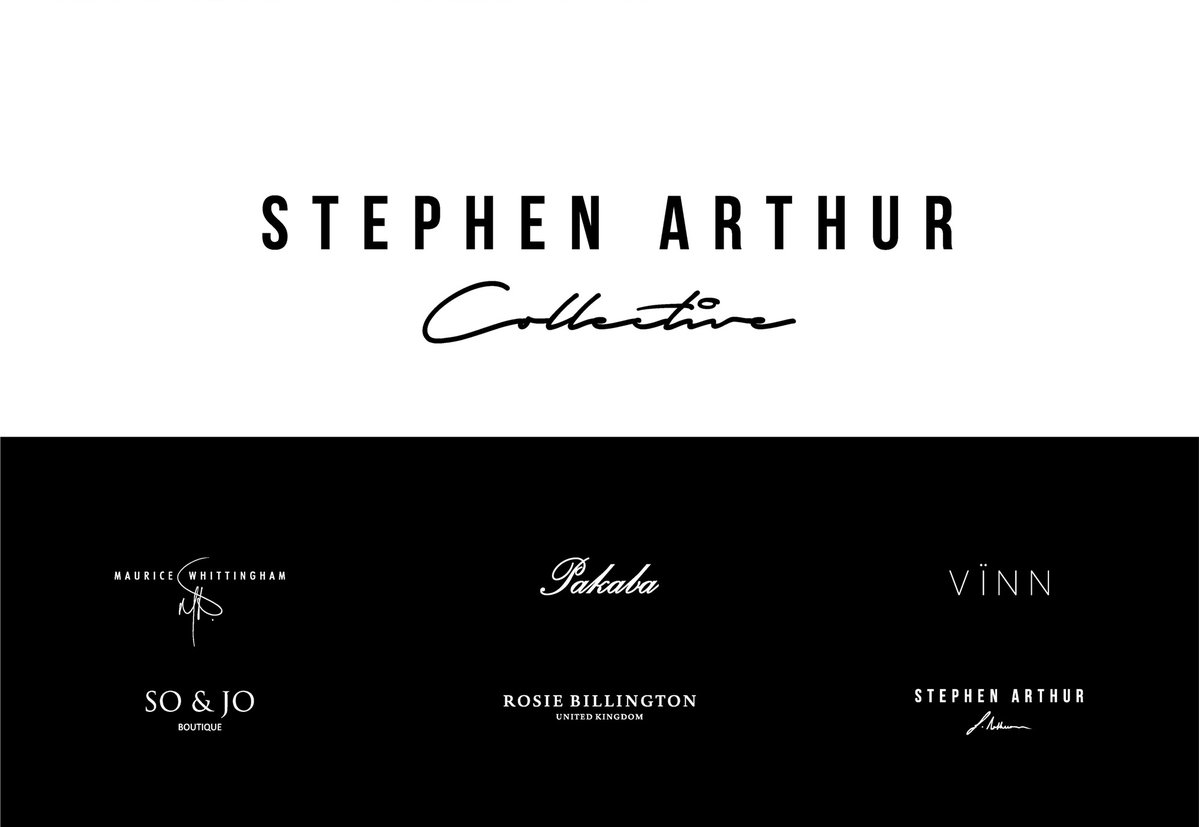