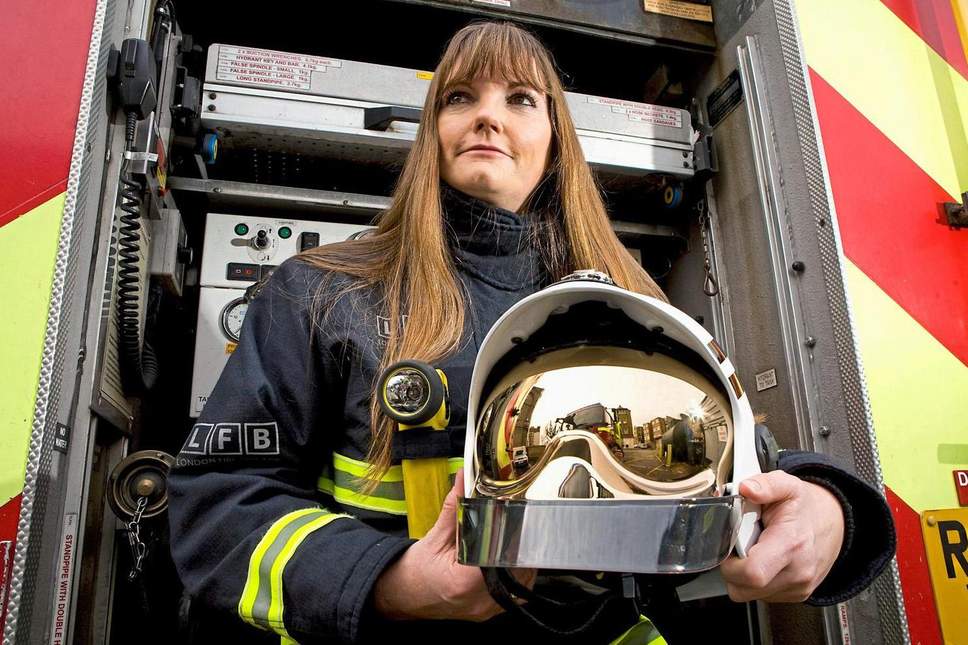 Dany Cotton is the first female Commissioner of London Fire Brigade in its history.

Dany started her training at Southwark training centre when she was just 18.

"It never occurred to me that it was unusual to join the fire service. I was a confident person. My parents were very level headed; there wasn't any stereotyping in my household. My mother used to teach English as a foreign language, so I always had house full of people from all over the world – that helped a lot."

Training as a Firefighter

"For lots of people training was a culture shock; being shouted at and told to run up and down towers. My time in the air cadets had made me ready for that."

Firefighter training has changed a lot over the years. High pressure, military style training has been replaced with learning and development.

"I think the training is far better structured. It’s much more welcoming for diverse groups of people and training styles are much more encouraging for people to learn.

"There's a balance to be had today. People do need to understand discipline service, but we've had 46 year old grandmothers join the brigade. They don't expect a 25 year old trainer to be shouting at them. It doesn't work as a training method."

Dany passed out of her training at nineteen and started serving as a firefighter at Wimbledon fire station in 1988.

"Some of the best times you have firefighting are doing difficult, challenging things, and things that people would think is impossible. And when you do crack it and achieve it, the sense of achievement is huge."

"When I was 3 months out of training school I got called to the Clapham train crash. On the way there it was an atmosphere. You know you're going to something big.

The Clapham train crash happened in 1988 when two commuter trains collided at Clapham Junction train station. Thirty-five people lost their lives and over 100 people were injured.

"Your fire kit is like a suit of armour. It instils people with a sense of calm and trust and 'now you're going to sort it out'. Wearing it makes an amazing difference.

"The kit has changed so much over the years. The stuff I wore during the training was not that dissimilar from what firefighters would have been wearing in the war."

Women in the fire service

Women were first drafted into the fire service in 1938. The political climate in Europe was intensifying during the 1930s, so an Act of Parliament was passed to allow the formation of a voluntary fire service. Due to the shortage of men in the country, women were given the opportunity to train and serve as firefighters.

"The war changed things. It was the first demonstration that there’s no reason why women can't do it. Under those circumstances too - 'this building has been bombed, it's on fire and here's six buckets of water, crack on'.

"Firefighting during the war, you would have been covering your local area, and that makes it harder because you know the people involved. That personal connect must have been incredibly stressful.

In 1941, the National Fire Service was established. By 1943 over 70,000 women had enrolled in the NFS in the United Kingdom. "I think they were amazing inspiring women who stepped out of very normal day jobs or domestic home lives to go and do that role. It must have been a bigger step for women in WWII. When I joined in the 1980s it was quite a step for people to accept women being firefighters. Women's lives were so different during WWII that then going on to be firefighters was a much bigger step."

After the war ended women were not allowed to continue their work in the fire service. It wasn't until 1982 that the first woman firefighter was appointed in the UK, by London Fire Brigade.

"To the female firefighters during the war, I'd say thank you for opening the doors and being the pioneers. I'm just sorry you weren't allowed to continue.

"Thank you for letting me do my job and showing that women can be brilliant fire fighters."