Radio 1's Big Weekend is the first major British festival to be cancelled over coronavirus. In the last week, two of America's biggest festivals have also been disrupted because of fears over the virus.

Coachella, set to be headlined by Travis Scott, Rage Against the Machine and Frank Ocean, has been pushed back to October instead of taking place in April, as originally planned. Texas-based South by Southwest - an important festival for new artists from around the world looking for success in the US - has also been cancelled. Tours are pretty much non-existent across Asia and Italy at the moment, with gatherings of more than 1,000 people being postponed in Switzerland, France and several major cities in Germany.

Glastonbury's still planning to celebrate its 50th birthday this year

Glastonbury festival organisers have told Radio 1 Newsbeat they're closely monitoring the situation but the festival is still going ahead. The festival's head of event operations Adrian Coombs said they "thoroughly plan" each year's event, and "put in place all necessary measures to protect the public and maximise safety".

And when they added Kendrick Lamar, Dua Lipa, Lana Del Rey and more big names to its line-up, festival boss Emily Eavis said organisers had "fingers firmly crossed" the event would go ahead in June.

"As things stand we are still working hard to deliver our 50th anniversary festival in June and we are very proud of the bill that we have put together over the last year or so," she said.

"No one has a crystal ball to see exactly where we will all be 15 weeks from now, but we are keeping our fingers firmly crossed that it will be here at Worthy Farm for the greatest show on Earth!"

No other UK festivals have been cancelled. The latest update from Festival Republic, which puts on events including Reading and Leeds, Wireless, Download and Latitude, says none of its events will be affected. Scroll down to see an updated list of major festivals in the UK and their response to the coronavirus spread so far. There's a looming sense of uncertainty for people who've bought tickets - but cancellations could also have a big impact on the artists booked to perform at them. 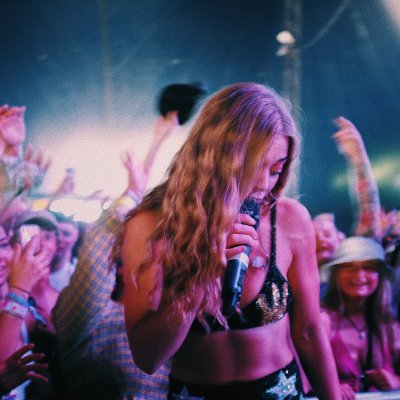 Becky Hill is due to appear at Coachella

The singer is due to appear at Coachella with Matoma and is currently supporting The Script on their European arena tour. She says there are concerns of "potential gigs being cancelled" in places like Amsterdam, Copenhagen, Brussels and Hamburg. "The thing that's worrying is that insurance won't cover it. Festivals and shows are our bread and butter... it's the part of our job where you can potentially make some money."

Becky stresses it's not just the artist who misses out on a day's work, it's a whole crew. "If we lose shows that I've already booked a tour bus for and a band for and x, y and z... I lose that money.

"Us booking the band means they couldn't take another job where corona hasn't necessarily affected their work. 'I hope fans know how awful this is' 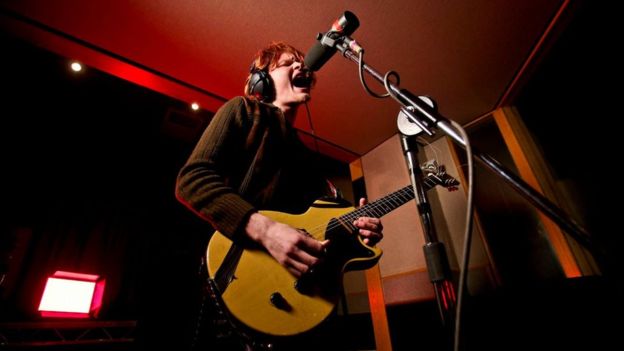 King Nun were due to play some headline shows at SXSW

The impact of cancelled shows ripples through to emerging talent, too. London's King Nun had been planning their trip to SXSW for months with five "incredibly important" shows lined up as well as meetings with "a bunch of industry people" to try to boost their profile in America.

"I hope music fans know how financially awful this is for the band they care about. I also hope it means they'll involve themselves in local music scenes more than they did before."

Is my festival affected?

Here's a list of major UK festivals this summer - we'll be updating this as we hear from festival organisers.